I am a recent convert to Tradable Energy Quotas (TEQs) invented by the late David Fleming in UK in 1996 for effective climate action. See

https://www.flemingpolicycentre.org.uk/faqs/
I have a theory that the reason it seems superior to FEASTA’s Cap and Trade, Canada’s Carbon Fee and Dividend and all others is because Fleming was a historian/environmentalist who later in life got a PhD in Economics. He understood how the economy works. This meant that he saw the close correlation between energy use and economic growth. He knew that if the economy doesn’t grow it collapses because it is designed like that.
So he took all of this into consideration when he invented TEQs, a managed energy descent framework that wouldn’t result in economic collapse, widespread unemployment and social unrest. He was also aware that rations must be tradable or else a black market develops.
His idea is that government gives an entitlement of energy units (they could be denominated in emissions too) for each adult, and high energy users would have to buy them on the market from low energy users. Businesses and Government etc have to buy theirs on a weekly tender and this sets the price. Hence it delivers climate justice like Fee and Dividend. But it differs in many ways which his colleague Shaun Chamberlin summarised well in his 2015 post here. For effective climate action, every citizen needs to be involved to change the way we live, work and play, so Fleming’s scheme involves every citizen.
While the Fee and Dividend system is simple to administer because in Canada they just impose the fee on about 1350 mines and ‘preparation sites’, (and it is passed down to wholesaler, retailer and customer), there is still no built-in incentive to adjust their lifestyles or to cooperate to adapt to live with less energy. TEQs is not complicated to administer. The weekly tender auctions are just like those for Government bonds and units can be added and subtracted just like Airpoints or Flybuys or Snapper card. Almost everyone has a mobile phone.
They also have to spend extra money to support small, rural and remote communities. I am not sure if TEQs would require this, but I believe that remote rural communities would tend to thrive again.
I am keen to recruit people to a regular Zoom call until we all learn more about it (and this includes economists!) We are thinking out a strategy and have been discussing whether it could be implemented at a local body level. We have had one call and are getting good people involved. We know we have to be able to defend it, compare it with other systems and answer awkward questions so all brains are welcome!! 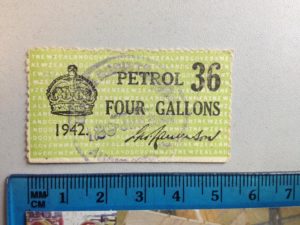