I have just been on a webinar from https://climateinteractive.org describing their climate change simulator. Called Climate Interactive I was greeted with a happy faced man who asked all global participants what there was to be optimistic about the climate issue. So I imagine we are here to be optimistic and positive.

The simulator looks at the various actions that can be taken on a global scale and models the temperature rise from each action. It is complex. They want their En-roads model to be taught all round the world so that people can see that there is no silver bullet, but that many actions, taken together, will result not in a 4.8 degrees of warming by 2050 but something less. Ah, progress!

With various actions and using the model, he got it down to 3.4 degrees and then enthused that if you did x, it would reduce it to 3.3 degrees. Whoah! Then he added together all the pledges from COP26 and found the five changes would result in only 2.8 degrees of warming. Lovely.

He gave us a nice graph of the various agencies’ calculations for temperature rise. The International Energy Association’s calculations are in yellow. Now we are 1.8 degrees of warming.

Here they are with one scenario set up. Coal is taxed, deforestation reduced by a certain amount, methane slightly reduced and electrification highly incentivised.

Where does the funding come from?

Okay so here is the time I go to their website and look at their funders. Their sponsors and partners include the Hewlett Foundation, HSCB, Rockefeller Bros Fund, Morgan Family Foundation and a whole lot of others. All no doubt keen on “sustainability” and concerned about climate change. It takes a bit to imagine the HSCB, a multinational bank, being keen on managed de-growth. No way!

Then I looked down the questions and found three others asking similar questions about the limits to growth. There were three – Laura Lindberg, Heathcliff Demaine, Christine Muller. They will be similarly disappointed.

Another thing was omitted. Abrupt climate change – where there are positive feedback loops after reaching a tipping point. That is the point at which small changes become significant enough to cause a larger, more critical change that can be abrupt, irreversible, and lead to cascading effects. This website describes five possible tipping points including the melting of the Greenland Ice Sheet, the Amazon forest going from carbon sink to carbon source etc.

This En-roads model from Climate Interactive will certainly teach people not to think that action A or action B will be the only way to get the global temperature from rising beyond a liveable level. But since it is assuming economic growth as usual and business as usual on a finite planet it will not get us much further. 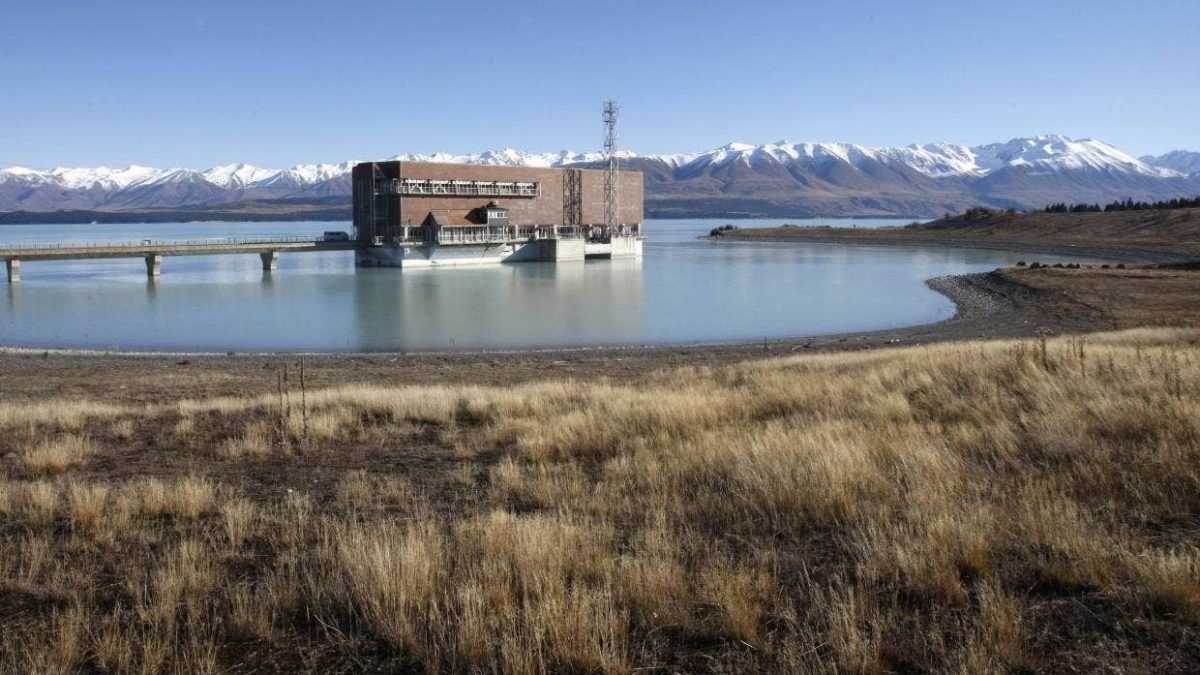 When New Zealand hydroelectric power stations ran low last summer, we beefed up electricity generation with another coal fired unit in Huntly. Environmentalists were shocked. How was New Zealand going to meet its climate targets now?

Genesis Energy had planned to close Huntly station in 2018 but is still using it. Greenpeace has wanted it shut for years. The Huntly power station was commissioned in 1982 to run on gas and coal. As Māui gas supplies began to run out in the early 2000s, coal increasingly became the major fuel. RNZ reported that more coal was burned in the 2021 March quarter than each of the years 2016, 2017, and 2018.

Aotearoa/ New Zealand is hooked on coal, importing more than one million tonnes of low-grade coal from Indonesia last year. The fuel was burnt at the Huntly to keep the lights on, as hydro and gas failed to meet demand.

Due to rising greenhouse gas emissions we are experiencing warmer winters and drier summers.

So will we painlessly transition to renewables as we had hoped? As we face our climate predicament, we have to realise that over 80% of the world’s energy use still comes from fossil fuels. Let that sink in. It’s big. So it’s going to be really hard to wean ourselves off them.

Of course, the low rainfall for our hydropower dams was not new. But climate change is going to make matters worse decade by decade.

Perhaps many thought then we were the only country having to revert back to fossil fuels.

Far from it. And it is often happening because an extreme weather event cut hydropower generation.

It is happening elsewhere but sometimes it is accompanied by geopolitical tensions as well. Southern China for instance, when its hydropower capacity ran low after droughts, reverted to coal. And this happened at the same time as China, angry at Australia’s support for an enquiry in the Wuhan Covid origins, stopped importing Australian coal.

In Europe there has been a big move towards renewables, with wind and solar beefing up. But solar and wind are intermittent and less reliable. Wind comprised 27% of Germany’s generation mix in 2020. But this all changed in 2021 when the winds died down and the percentage of the total generation dropped to 22%. So they had to revert to natural gas. A great deal of their gas came from Russia. Over the last decade the EU has imported more and more gas from Russia as their own gas ran out. Gas prices have skyrocketed along with electricity prices.

The apparent reluctance of Russia to release gas at the onset of winter has been attributed by many commentators to its desire to put pressure on the remaining EU countries to approve the Nord Stream 2 pipeline from Russia to Germany. Nord Stream 2 is a twin pipeline under the Baltic Sea. It had already cost US$11 billion and was ready to go. Eastern European Countries like Ukraine and Poland and the Baltic States withheld approval for two reasons. 1) Because Russia had annexed the Crimean Peninsula in 2014 leaving 14,000 dead over seven bitter years and 2)because they feared it would give Russia too much leverage over EU and Putin too much power.

As the price of natural gas rises, so does electricity. The TV agency WION reports (28 Sept 2021) that electricity prices are spiralling out of control in France (up 149%), Spain (up 250%, UK 298%, Germany (up 119%) and the situation will get worse as winter closes in. Governments are already warning of blackouts and factories will be forced to shut down. Inflation has already arrived.

They finish by saying, “European countries are going to learn just how much their economies are reliant on natural gas.”

Brazil has also had to ramp up its gas fired generation after a bad drought.

Energy and Climate Clash in China

There is also the move from high energy coals to lower energy coals. In Northern China where coal mines were flooded in an extreme weather event in May 2021, they had to move quickly to find other coal sources for electricity. In early October 2021 a heavy downpour in China shut down 27 coal mines. So Chinese officials have ordered more than 70 mines in Inner Mongolia to ramp up coal production.

At the other extreme there is growing demand for air conditioning. CNBC said Japan, China and South Korea had extremely hot weather so the demand for power rose.

As if all this weren’t enough as the global mega-economy gets more and more complex, we just need more and more electricity.  Despite a slight drop during Covid, by July 2021 a headline reported the International Energy Agency saying, “Global electricity demand is growing faster than renewables, driving strong increase in generation from fossil fuels.”

Oh yes that’s because we have to have economic growth at all costs. More, more, more as comedian John Clarke says. Everything flows from growth as he says.

Smooth transitioning to renewables is looking a great deal more difficult than we ever imagined.

At a time when climate induced droughts, extreme precipitation and heat waves are disrupting hydropower generation and storage all over the world, governments are reverting to some form of fossil fuel to generate their electricity. And this all comes at a time when electricity from air conditioning and gas or power to heat homes is under pressure. Even if Europe and UK insist they want to meet their climate targets at COP26, politicians will be faced with the alternative of leaving their families in the dark without cooking facilities – or effective climate action.

Politicians want to get re-elected. That’s why my bet is that they will choose to care for their citizens and to try to ensure its factories don’t close down through lack of electricity. China has already stated its power rationing is in order to keep its climate targets and doesn’t seem to have a renewable alternative.

And all this is without ever discussing the physics or the geology of it all. For a start fossil fuels are used in the production of solar and wind power. Secondly the energy return on energy invested for solar and wind is much less than with oil, coal, diesel or gas leaving less for the economy. Thirdly there is matter of the metals required.

Are there enough metals to transition to renewables?

Professor Simon Michaux of the Geological Survey of Finland has done a remarkable study of the probable  metals  required for all the batteries for all the vehicles involved worldwide and his answer in the case of cobalt, nickel, graphite and lithium is a loud NO. He says,

“The current system was built with the support of the highest calorifically dense source of energy the world has ever known (oil), in cheap abundant quantities, with easily available credit, and seemingly unlimited mineral resources. The replacement needs to be done at a time when there is comparatively very expensive energy, a fragile finance system saturated in debt, not enough minerals, and an unprecedented world population, embedded in a deteriorating natural environment. Most challenging of all, this has to be done within a few decades. “

The zen riddle for our Government is will they recognise the predicament we are in or will they opt for Business As Usual, thereby disappointing millions of climate activists once again? In my view COP26, like 25 other COPs before it, will fail once again and to a few it will be no surprise. But they might just entertain a fleeting thought…”If only….”