A rural family of four plus an elderly mother are working out how to live with less energy. The children are 3 and 1. The father Doug owns a small farm but the mother Joan occasionally drives an hour and a half to the nearest town to give her specialist art lessons. She spends a lot on petrol her 1996 Nissan Pulsar which is often needing repairs. 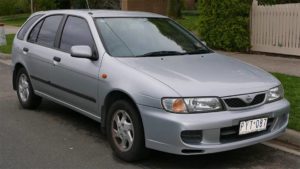 With three adults and two children, the quota is 8 Tradable Energy Quotas (TEQs) a week each. Between them they will get 16 TEQs a week. They know next year it will be fewer, which gives them the opportunity to plan ahead. They have to surrender TEQs each time they buy petrol or diesel.

The farm is a business so Doug will probably buy TEQs from a broker at the going rate. Doug finds he has enough TEQs this year but plans to buy a draft horse next year to relieve his quota situation.  Electric tractors are too dear. He plans to breed draft horses and is learning about this.